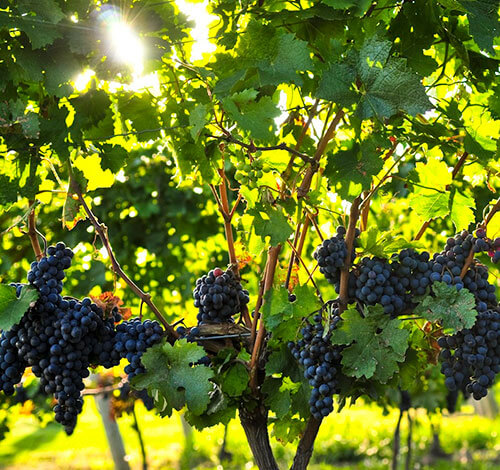 The majority of organic products sold in Australia carry the Australian Certified Organic Logo. You will see the BUD on products including fresh produce fruit and vegetables such as apple, orange, citrus, sultana, currant, table grapes, avocado, dried fruits, and other perishable foods.

Fresh produce and quality dried fruits represent everything that Australian organics is about – the growth and promise of spring, the sign of big things growing from the initial organic movement, and the strength and logic of nature and natural (biological and organic) systems in guiding our choices in life. Australian organic fresh produce and dried fruits tells consumers that all the product ingredients have been certified to the Australian Certified Organic Standard and have met rigorous certification checks. Use farmsoft for packing products such as fresh produce and dried fruits which have achieved certification through ACO’s certification scheme. Print Organic Certificates for Australia’s leading certification program – ACO – ensuring integrity of organic products in the marketplace for consumers and reducing administrative costs. Print Organic Certificate 320-09 EX1399 and Organic Certificate 320-10 EX11300 quickly from farmsoft for each shipment ready for export. ACO FAQ.

Standards setting follows a highly transparent process with the industry’s key stakeholders providing input via approx. a dozen Australian Organic Advisory Groups. These standards are upheld by rigorous auditing of operations and a third party report reviewing process.
This process itself is audited by government departments and authorities worldwide for ACO to maintain its accreditation as an international certifier, for Australian Certified Organic Standard 2.

Joseph Ling, Co-Founder and Managing Director of AGRIFresh, Western Australian citrus grower, packer and exporter, describes himself as a farmer at heart. Driven by a commitment to producing high-quality fruit and sharing the ‘freshness of Western Australia’ – this farmer and his team have built the company into one of the state’s most important citrus players.

AGRIFresh grows oranges, mandarins, lemons and mangoes on what was once a mixed grain and sheep farm 200 kilometres north of Perth.

The family-owned business, which has 200,000 trees across two properties, supplies fresh citrus to the domestic market as well as 11 other countries, including Malaysia, Singapore, Indonesia, China, Canada, Oman, Saudi Arabia and Qatar.

Since the China-Australia Free Trade Agreement (ChAFTA) entered into force in 2015, the tariff on oranges has gradually reduced from the initial level of 11 to 4.9 per cent in 2019, and it will be eliminated by 2023.

AGRIFresh also exports to Indonesia with the help of the ASEAN-Australia-New Zealand Free Trade Agreement (AANZFTA), which saw the tariff of 5 per cent on oranges eliminated in 2013.

According to an article on miragenews.com¸ Ling is also looking to new opportunities in Japan under the Japan-Australia Economic Partnership Agreement (JAEPA), and the Philippines and Vietnam under AANZFTA.

As part of a campaign called ''Now in Season'', business leaders representing Australian fruit exporters are in the Philippines in a bid to boost trade between the two countries and drum up business in Southeast Asia. Australia hopes to increase horticulture exports to the Philippines by 33 percent to A$20 million this year, from an estimated A$15 million last year, according to its trade officials.

Australian senior trade commissioner Anthony Weymouth said a major driver of the increased availability of Australian fruits in the Philippines was the Asean Australia New Zealand Free Trade Agreement (AANZFTA), which came into force in October 2015.

“[The AANZFTA] has made it possible for temperate fruits from Australia, such as grapes, oranges, stonefruit, cherries, apples and pears to enter the Philippines tariff-free,” Weymouth said.

“Also, the improvement of cold treatment protocols, which have been approved by the Philippines’ Bureau of Plant Industry, reduces the transit time for Australian fruits, ensuring better quality once they reach the country,” he added.

The yearly Now in Season campaign will also bring the mission to Thailand and Vietnam, both of which are also members of Asean (Association of Southeast Asian Nations).

To promote the fruits, the Australian companies have set weekend promotional activities in local supermarkets where consumers can sample the fruits.

“Recognizing the Philippine market potential and the growing demand for imported seasonal fruits, the campaign aims to promote Australian fruits as they become available in the market,” Australian Ambassador Amanda Gorely said in a statement. Ronnel W. Domingo

Australia-Indonesia trade deal and its effects on Aussi farmers

Australia has signed off on a historic and comprehensive deal with Indonesia, which both countries have agreed to implement within the next 100 days. Australia already exports about $2.8 billion worth of agricultural goods to Indonesia and the new agreement should see that increase by leaps and bounds.

Once the Indonesia-Australia Comprehensive Economic Partnership Agreement (IA-CEPA) is implement, 99 per cent of the nation's agricultural goods will get preferential access into Indonesia.

That's good news for farmers everywhere - Indonesia is the world's fourth largest country by population and is expected to be a trillion-dollar economy by 2050.

Vegetables
IA-CEPA outcomes for vegetables include:

- 25 per cent tariff on carrots cut immediately to ten per cent for 5000 tonnes per year, with progressive tariff reductions down to zero per cent for all carrots after 15 years

Fruit and nuts
Indonesia will eliminate tariffs on citrus under tariff rate quotas:

- Guaranteed tariff-free access for 10,000 tonnes of oranges, increasing by five per cent each year

- Guaranteed tariff-free access for 5000 tonnes of lemons and limes, increasing by 2.5 per cent each year

Indonesia will reduce or eliminate tariffs for other fruit and nuts:

- Elimination of tariffs on pineapples, avocados and strawberries in 2026

- Elimination of all other tariffs including on bananas, persimmons, and a range of tropical fruit which were not eliminated under AANZFTA.

Perhaps the most significant feature of the agreement is not related to a reduction in duties or quota allotments for various products, but rather that Indonesia will “guarantee automatic issue of import permits for key products.” It is unclear if this automatic issuance of import permits refers only the Ministry of Trade issued SPIs (Import Permit) or if it also extends to the Ministry of Agriculture RIPHs (Import Recommendation).

The agreement is still pending final translation, review, and approval by both countries. The table below shows initial outcomes for selected products and comparable tariffs or barriers for U.S. origin products.

Citrus: Seasonally, Australian mandarins and oranges do not compete with U.S. varieties. Lemons, which are a less seasonal citrus, may see a preference under the duty free quota, though the U.S. only exported about $1 million of lemons to Indonesia in 2017. The current five percent duty for U.S. citrus is only a minor barrier compared to numerous import licensing and non-tariff barriers that have been imposed by Indonesia and remain a point of contention for U.S. citrus market access.

Vegetables: The initial report does not differentiate between fresh potatoes for chipping (processing) and table stock potatoes. The initial reduction from 25 to 10 percent (if applied to chipping  potatoes), would likely take market share from U.S. chipping potatoes still facing 20 percent duties.

New Zealand Horticulture Export Authority CEO Simon Hegarty says: “We welcome this outcome, particularly with Japan’s inclusion in the CPTPP providing for elimination of an estimated NZ$48m in annual tariffs. While the refined CPTPP now involves 11 countries resolving a range of trade issues, tariffs are a prominent trade barrier component for some key markets.

Japan is our 2nd largest market so its inclusion is significant for the future growth of the New Zealand horticulture export sector. Tariffs paid by the NZ horticulture export sector across the remaining CPTPP markets are comparatively low (or already at zero) based on existing trade agreements (e.g. CER with Australia, the AANZFTA with ASEAN members). We are very confident that our full product range is included in this CPTPP deal which will ultimately see all tariffs to zero.”

New Zealand exports approximately 60% of its annual horticulture production, at a value of NZ$3.5 billion and the CPTPP countries are the destination for $1.22 billion (35%) of that total. Within the CPTPP group, Japan is the destination for NZ$5731m Free on Board (or just under 50% of our CPTPP trade value) however, it accounts for 99% of the estimated $48.5m in tariffs NZ exporters paid in all CPTPP markets in 2017.

“We see the benefits most clearly in Japan, where New Zealand kiwifruit growers paid over $26 million in tariffs last season. This tariff relief will means savings for our growers and benefits for Japanese consumers by supporting our competitiveness against other fruit in market,” says Zespri Chief Executive Dan Mathieson.

Hegarty: “Acknowledging and recognising the work of many over the years, securing this agreement is a major and welcome achievement. Eliminating trade distorting tariffs in our key export markets and maintaining our international competitiveness is an ongoing challenge, yet fundamental for the future - we can’t flourish without access to markets and this agreement enhances that access.”