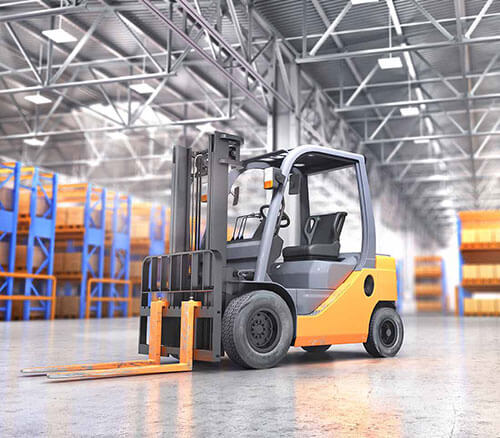 A modular solution including comprehensive business management options to choose from to help manage and increase efficiency in your fresh produce packing, processing, and food manufacturing business. With functionality built specifically for import/export of fresh produce including export documentation, certificate of origin, phytosanitary certificates, and other food export requirements.

Track your fresh produce export orders from order to dispatch.

Ensure all fresh produce handling and traceability is managed accurately.

Hyundai Agro from Cambodia will export fresh vegetables and other fresh ingredient from Cambodia to South Korea by the end of June this year, its managing director said. Chang Hoon Lee, MD of the company, said that about 16 types of fresh food will be collected and packed and then exported to South Korea. They include lemon grass, banana leaves, banana flower, lime leaves, water spinach, galanga among others.

“We have already sent two sets of lemon grass as samples to get feed-back from the importer and they decided to accept it. So now we are arranging for lemon grass farmer supplier and my staff will travel to all provinces to find a good quality product with fewer chemicals,” Hoon Lee added.

“We need sincere and honest and reasonable farmers, and we will supply our own fertiliser and pesticide to make it safe to eat. So far we have found five farmers to grow the crop and all of them really want to cooperate with us.”

“We need around 50 to 100 tonnes a year of each crop of banana leaf, banana flower, lime leaf, lemon grass, water spinach and galanga etc. However, we will start to open one crop at a time, step-by-step,” Hoon Lee said. “We are already preparing boxes, stickers, branding and relevant documentation.”

Kalyoncu, in his written statement emphasized that the northern city of Trabzon is an important exporter of fresh fruits and vegetables and ranks forth in the country in terms of export volume. "Trabzon-based exporters successfully expanded their global market" he added.

Kalyoncu admitted that exporters focused only on Russia for the last 25 years, but he said that this tendency changed due to difficulties with this destination. Therefore, he stated that exporters needed alternative markets and today Trabzon exports to 27 countries including European countries, especially Eastern Europe and the Balkans together with the Middle Eastern region.

"Exporters based in Trabzon invested a lot in this area. Exporters who possess packaging and processing plants, greenhouse fields and a good transportation network with fleet of trucks and Ro-Ro boats contributed a lot in the development of the sector. However, they need support from the state in order to ease unexpected obstacles in the customs and also in the domestic production and logistics because the costs have increased a lot."

The value of the Dutch export goods amounts to about 430 billion euro. In the total global trade in goods, that means the Netherlands has a share of about three per cent. With that, the Netherlands is seen as the seventh exporter globally, after France, but before the UK and Italy. The total Dutch import of goods has stagnated in recent years, and is at a value of approximately 380 billion euro. With that, the Netherlands came ninth in the list of import countries in 2015. In the EU, Germany, the UK and France are slightly higher on that list.

The Netherlands plays key role for many products

Spain is number one for most products. Of the 40 most important products, Spain is number one nine times, compared to four number one spots for the Netherlands. That the Netherlands is high on the list of export countries for onions, tomatoes, cucumbers, bell peppers and headed cabbage is not surprising. High positions for products such as oranges (no 7), grapes (6), pineapple (3), melons (7), garlic (4), mangoes (6), avocados (3), kiwifruit (7), grapefruit (5) and papayas (9) stand out more.

The importance of the Netherlands as an export country is mostly thanks to re-export. On the list of importers of fresh fruits and vegetables, the Netherlands is in sixth place. The most important import countries are the US, Germany, Russia, the UK and France. The Dutch share in total global import amounts to more than four per cent, vegetables 2.7 per cent and fruit more than five per cent. High positions are mostly taken up by the Netherlands for oranges (2), tangerines (6), grapes (3), pineapple (2), lemons (4), melons (2), avocados (2), mangoes (2) and grapefruits (1!).

EU market of vital importance for the Netherlands

That picture is different for imports. Of the total Dutch import, more than half comes from EU countries, and for fresh fruit and vegetables that is about one-third. That more import is from outside the EU in relation can be explained because of the key position the Netherlands takes up in the trade of fruit and vegetables.

When considering separate countries, the four most important export countries (Spain, Mexico, China and the Netherlands), have shown a slightly larger average increase of export in the past ten years. Peaks regarding growth are: Turkey (biggest products were tangerines, tomatoes, lemons and oranges), Guatemala (mostly bananas), India (especially onions and tomatoes), Egypt (especially oranges and onions) and Peru (mostly grapes). A significant increase could also be seen for Belarus and Lithuania, although that mostly concerned transit to Russia.

Largest growth in Asia and Africa

The internal EU trade might be important, but the growth of internal trade is falling behind the growth of the global trade in fruit and vegetables. All regions in Asia and the African continent have managed to realise a larger growth than the EU countries. And the same can be seen with imports. Growing markets are mostly located in Asia, with China in the lead. African countries also import more and more fruit and vegetables. The increase of import in the Gulf States actually disappoints. With an average five per cent in the past ten years, it is less than the regions mentioned before.

For importing countries, the considerable increase for China stands out. In the past ten years, imports of fruit and vegetables increased by an average 15 per cent per year in China. Exotics and bananas are the most important Chinese import products. In practically all EU countries, the import of fresh fruit and vegetables shows a slight growth. In ten years, various important EU countries increased import by an average one per cent per year. The Netherlands was an exception, with an average of four per cent.

Annually, Spain exports more than 12 million tonnes of fresh fruit and vegetables, valued at more than 12 billion euro. For comparison: the Netherlands annually exports (including re-export) 9 million tonnes of fruit valued at 9 billion euro. Globally, that puts the Netherlands in fourth and third place, respectively. Spanish export, which grew until 2014, has remained stable at that level in 2015 and 2016. In the first 7 months of this year, Spanish export grew by a few per cent. It’s noticeable that Spain has also been importing more and more fresh fruit and vegetables. In recent years, import grew by 5 per cent on average per year, to 2.15 million in 2016. Besides bananas and apples, this also concerns oranges.

Two-thirds of export vegetables from Almeria during winter months

It’s noticeable that bestsellers in the Spanish export range — oranges, tangerines, tomatoes and bell peppers — reached their peak a few years ago. In 2013, the top three still represented 38 per cent of the total Spanish export of fresh fruit and vegetables, last year this was only 32 per cent. Of the top three, export declined by 13 per cent compared to 2013, while the other products were exported 18 per cent more compared to 2013.

The growth in recent years was therefore at the expense of other products. Products which Spain managed to sell abroad more are mostly cucumber, butterhead lettuce, melons and peaches. The flat variants of this product have clearly been injected with new life. Other growers in the range are: cauliflower/broccoli, onions. strawberries, garlic, aubergines, grapes, carrot, apples, plums, avocados and apricots.

Nearly everything to EU countries

Spain might be the most important exporter of fresh fruit and vegetables, Spanish product mostly stays within EU borders. Last year, 93 per cent of export was focused on EU countries. That hasn’t changed much in recent years either. It can be noticed that Spain is looking for new sales markets, but this mostly concerns limited volumes. Growth regions for Spain are Latin America, the Gulf states and South and East Asia.

Germany is most important and continues to grow

Spanish export to Germany is still going well. From 2010, the average growth per year amounted to 7 per cent. In the first 7 months of 2017, export once again increased, although only modestly, by just 2 per cent. Oranges and tangerines are the bestsellers in export to Germany, but 4 products that increased considerably follow these two products closely:watermelons (average growth 2010/16 of 10 per cent), cucumbers (11 per cent), bell peppers (15 per cent) and tomatoes (8 per cent).

While the Spanish export assortment to France is fairly similar to the average regarding composition, the assortment to the UK looks differently. Oranges are only in fifth place, after tangerines, tomatoes, cauliflower and onions. With an average growth of 7 per cent in recent years, the British market is important for the sales of Spanish fruit and vegetables.

Mostly greenhouse vegetables to the Netherlands in second half of year

The importance of the Netherlands in Spanish fruit and vegetables has declined somewhat, from 9 per cent 2016 to 8 per cent last year. On the other hand, the import from Spain represents 14 per cent of total Dutch fruit and vegetable import. The most remarkable in the Spanish export assortment to the Netherlands is the limited share of Clementines, which is only four per cent of total Spanish export of this product. But the Dutch share in the export of other important products — peaches, nectarines, lemons and strawberries — is also small. The Dutch share is largest for tomatoes, cucumbers, bell pepper, melons, cauliflower and courgette, 11 to 14 per cent. Spanish product represents more than half of total Dutch import for a number of products. This concerns tomatoes, cucumbers, bell peppers, lettuce and courgette. During the Spanish export season for these products their dominance is naturally considerable. In that period, foreign competition for these products is at a minimum.

The Dutch export season of the important greenhouse vegetables — tomatoes, cucumbers and bell peppers — differs slightly from that of the Spanish season. In Spain, emphasis is on the winter months, while it’s during spring and summer in the Netherlands. In the previous Spanish export season, 2016/17, considerably fewer tomatoes were exported. From November until February, Spanish tomato export was significantly smaller than in previous years. A similar thing can be seen with cucumbers. Of bell peppers, practically the same amount was exported in the previous Spanish export season compared to previous years.

An entirely different product, peaches, which have been injected with new life thanks to the rise of the flat version, has been exported more in all months. Considerable amounts are now even exported of the Spanish peaches in September and October.