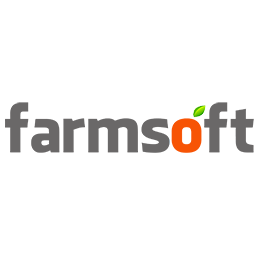 Perform recalls in seconds, with the full confidence of accuracy and reliability. Minimize risk by ensuring accurate traceability is automatically captured and all Woolworths traceability and compliance is being met at all times.  Pass audits with ease & reduce compliance costs using farmsoft's automatic paperwork features.

Minimize your administration costs with automatic paperwork generation. Ensure accuracy of paperwork by having necessary documentation (invoice formats, export documents, transport documents etc) presented to employees based on the needs of the specific customer - ensuring timely and accurate documentation. No more rejected orders because of bad documentation accompanying a shipment.

Monitor Woolworths orders, assign orders to specific packhouses (you can have unlimited processing sites in farmsoft), and allow micro monitoring of each production lines output requirements using production dashboards. The dashboards ensure the correct products are produced at the correct time to fill orders. Dispatch teams are given details on their mobile device (or PC/Mac) and scan pallets onto orders. Administration teams can see orders are picked and ready for dispatch, and are presented with the correct documents for printing. All of these features result in improved accuracy of both production and dispatch processes.

UK: Lidl gets green light for Workington despite 11th-hour plea from Tesco

Budget supermarket Lidl has been given the green light for a Workington store despite an eleventh-hour plea from Tesco to halt the scheme. The German-based discount giant will build on a patch of riverside scrubland cheek-by-jowl with the rival British supermarket chain, which opened its Workington branch in the late 80s. But a last-minute plea that arrived on the morning of the meeting to determine the application urged officers to pull it from the agenda amid claims the development would have a “negative effects” on Workington trade. Tesco also told Allerdale’s planning department that Lidl’s application was “deficient in a number of respects” and that they should be given more time to work on the plans - a request that officers and councillors rejected.
Source: timesandstar.co.uk

Barely a week after launching a new concept store in Brussels, Carrefour Belgium is at it again with a new city centre concept. Carrefour City hopes to lure in urban customers with organic food, private labels, a sustainable setting and a Carrefour Café. The concept wants to fulfil urban customers' needs and follows Carrefour Belgium's strategy in food transition, ecology and digitisation, the retailer says. Shoppers are welcomed in a warm setting, where the store furniture is mostly recycled in order to decrease the store's environmental impact. Following the zero waste spirit, customers are asked to bring their own boxes and pots for bulk goods. Sustainable alternatives are available, including Carrefour's new range of bags made from sea junk. Moreover, the store incorporates bike delivery service ShipTo and self-scanning check-outs.
Source: retaildetail.eu

Croatia's largest food producer and retailer Fortenova Grupa, formerly known as Agrokor, said it feared Slovenia was trying to expropriate the stake it owns in Slovenia's largest retail chain Mercator. Agrokor became Fortenova in April 2019 after being put into state administration in April 2017 then rescued through a deal with creditors in July 2018. Earlier this year, the company launched a procedure in Slovenia to legally transfer the 69.57% of Mercator's shares owned by Agrokor to Fortenova. However, Fortenova said Slovenia's competition protection agency had seized Agrokor's Mercator shares this week over a disputed fine it imposed on Agrokor.
Source: esmmagazine.com

Dutch retailer Jumbo has announced that it is to open a Knolpower pop-up store for Christmas at its Jumbo Foodmarkt Groningen outlet, on Friday 20 December. The temporary pop-up store, which will sell products developed by popular video blogger Enzo Knol, will be open to visitors from 10:00 - 18:00 between Monday to Saturday and 12:00 to 18:00 on Sunday, until 5 January 2020. The Christmas pop-up shop will offer exclusive products as well as a majority of the entire Knolpower range, the retailer said. Customers who spend equal to or more the €25 at Jumbo Foodmarkt and provide their purchase receipts will also get a chance to meet Knol in person.
Source: esmmagazine.com

New Zealand: Supermarket giant gets the nod to buy residential land for supermarkets

Australian supermarket giant Woolworths has the green light to buy residential land for supermarkets and other facilities in New Zealand in the next two years from our overseas investment watchdog. Two subsidiaries owned by Woolworths have been granted a "standing consent" to buy up to 75 hectares of residential land for supermarkets and other facilities that support its operations in New Zealand and to complete up to 10 transactions before the consent expires on December 1 2022. The Overseas Investment Office (OIO) has granted General Distributors and Wholesale Distributors, subsidiaries of the Woolworths Group, the consent to acquire residential (but not otherwise sensitive) land under the Overseas Investment Act.
Source: stuff.co.nz

French market leader E. Leclerc put in a solid performance in the sales period from 4 November to 1 December, according to the latest market share data from Kantar. The retailer posted 22.1% market share for the period, an increase of 0.5%, with the group increasing its advertising investment (by 4%) in the period - which has helped it gain many additional customers and improve loyalty among existing ones, according to Kantar. Another major retailer to see growth in the P12 period was Les Mousquetaires, which now holds 14.8% market share. Its Intermarché banner, on 13.7% market share, gained 0.2%, Kantar said.
Source: esmmagazine.com

Bestway Retail has signed a partnership with Uber Eats, which will see consumers able to order a range of more than 700 alcoholic drinks, snacks, and convenience products via the Uber Eats app, from 81 Wine Rack, Bargain Booze, Select Convenience and Central Convenience Stores throughout the UK. The initial pilot will include stores that have been handpicked to enable Bestway to learn quickly and understand the size of the opportunity before rolling this out to other convenience retailers shopping with the wholesaler.
Source: talkingretail.com

The French regulator, Autorité des Marchés FinanciersWoWoolworths fresh produce compliance software for fruit and vegetableolworths fresh produce compliance software for fruit and vegetable, said it's concluded its investigation into both French supermarket chain Casino as well as the short-selling firm Muddy Waters. The regulator said it's sending what it calls letters of observations to both - telling Casino, about the quality of financial information between 2013 and 2018, particularly in regard to property development. To Muddy Waters the regulator said it stressed "the importance of compliance with the principles of honesty, fairness and impartiality that apply to any person issuing investment recommendations, including from abroad, where these recommendations involve securities admitted to trading on a regulated market and can be accessed from France". The AMF added that it will discuss its approach to shareholder activism in the first quarter of 2020.
Source: marketwatch.com

The International Brotherhood of Teamsters doesn't want United Natural Foods Inc. to reward its executives with double-digit pay raises since the company's stock spiraled downward over the past 16 months. The Teamsters' main argument centers on UNFI's dramatic fall in value since the company announced its plan to acquire rival food distributor Supervalu. Before the acquisition, UNFI was valued at about $2.2bln, according to the Teamsters. Now, however, its market capitalization is less than half a billion, the union says. At the end of November, SimplyWall.st reported UNFI's market capitalization at $465mln.
Source: supermarketnews.com

Smart food platform Whisk has launched a new, multi-platform app that allows shoppers to find and share recipes, plan meals, build shopping lists and order groceries, according to a company press release. In the U.S., Whisk is partnering with Walmart, Instacart and Ahold Delhaize, the company told Grocery Dive in an email. Amazon will be a global partner, and Whisk will also team up with retailers in Europe and Australia. Shoppers can use the Whisk app with voice assistants including Amazon’s Alexa and Google assistant.
Source: grocerydive.com

US: Walmart to locate newest distribution hub in Topeka, Kansas

Walmart has announced it will locate its newest distribution facility in Topeka, Kansas. The project is expected to create an estimated 300 new full-time positions over the next five years with competitive salaries plus benefits, which are among the best in the retail industry, creating in the next 10 years a total economic impact of $635mln. Topeka’s Walmart distribution center will be its largest in the state, with more than 1.8mln square feet at approximately 35’ clear stacking height. This contributes to the company’s more than 1.8mln square feet of existing space spread across its three other distribution center locations in Kansas. The new facility will occupy part of the remaining 236 acres in the Kanza Fire Commerce Park near the southside of the city.
Source: areadevelopment.com

US: Saladworks expands in Wakefern supermarkets

Building on successful pilots, Saladworks aims to open additional restaurants in ShopRite and The Fresh Grocer supermarkets in the Philadelphia area as well as in three more states. Plans call for West Conshohocken, Pennsylvania-based Saladworks to open a new location next month inside a Fresh Grocer store in Cheltenham, Pennsylvania. The made-to-order salad chain said it’s also opening two new outlets in ShopRite stores in Roxborough and Fox Street, also in Philadelphia. The franchisor added that it has locations under development in Delaware, Maryland and New York as well. Both grocery banners are part of the Wakefern Food Corp. supermarket cooperative.
Source: supermarketnews.com

US: A new era for Whole Foods Market

In a new interview with Foodtank, A.C. Gallo, chief merchant and president of Whole Foods Market, says his company is focused on the next generation of natural food retail. “We need to figure out a way to go beyond organic”, Gallo said. “Organic is great in terms of growing safer food, but it doesn’t really take into account everything that might be going on in the environment around it”. Gallo says the retailer’s priorities for 2020 include ensuring that its products foster ethical and sustainable growing practices. “For example, we’re going to spend a lot of time and energy looking into regenerative agriculture and how we can add that aspect to organic production”, Gallo said.
Source: progressivegrocer.com

Walmart has given employees an alternate career path opportunity, joining a team of full-time associates focused on remodeling stores. The retailer currently has more than 500 full-store remodels each year in addition to thousands of special projects, and one of the biggest challenges is finding the labor to complete these jobs. In a blog post, Matt Smith, Walmart Corporate Affairs, says that it takes up to 60 temporary associates to complete a 12-week remodel, but current Walmart employees already have a lot of the skills needed to do the job. "For an established Walmart associate, building merchandise displays throughout the store from the ground up can be an opportunity to expand knowledge and advance a career", he writes. "These reasons led Walmart real estate to build new teams of full-time associates focused on remodeling stores. Each team is made up of around 30 Walmart associates".
Source: progressivegrocer.com